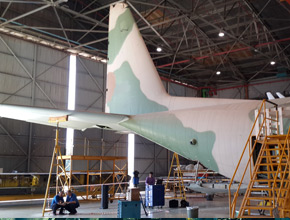 Prominent within the Safex global network is a world-leading MRO and aircraft upgrading and modernization unit serving airline and military customers around the globe.

The Safex Aircraft MRO-UP carries out comprehensive maintenance, repair and overhaul services for fixed- and rotary-wing aircraft, powerplants and aircraft components, including refurbishment and repair, modifications, upgrades, conversions and development programs, all under one roof with turnaround times unmatched in the aviation industry.

Learn more about our main capabilites regarding MRO & Conversion in this ( PDF brochure ).


Our main areas of business include:
• Being a Full Service Provider for complete MRO of Aircraft/Airframes, Powerplants and Platform Components

Safex Aircraft MRO-UP empowers operators to optimally employ their aviation resources reliably and concentrate on what they do best: providing flying transport service to travelers and cargo handlers.

The associate Safex Aircraft MRO-UP is certified by the major civil aviation air regulatory authorities and air forces around the world.

Safex Aircraft MRO-UP extensive facilities covering over 425,000 sq. meters (165,000 sqm. under roof) provide the full spectrum of maintenance and overhaul services, to handle twin-aisle (wide-body) and narrow-body aircraft on annual basis: nearly 200 aircraft— including Boeing, Lockheed, Airbus, and others; in excess of 500 powerplants, including Pratt & Whitney, General Electric, Rolls-Royce, CFMI, and others, from disassembly through inspection n and repair to full computerized testing; servicing over 40,000 components and aircraft systems including— hydraulic components, gearboxes, landing gears and avionics equipment, with auxiliary power units (APU’s) processed in a focused center of excellence.

With nearly 40 years of experience, a specialty of Safex Aircraft MRO-UP includes being a world leader large-aircraft cargo conversion operation, and military aircraft ”remissionizer” through the conversion and retrofit of commercial transports into special mission aircraft. A prime example is the B767 Multi-Mission Tanker Transport program introduced from within the Safex network. Converted and repaired aircraft have already accumulated over 2.5 million flying hours.

Safex Aircraft MRO-UP operates within four main operating divisions, with additional facilities and partnerships in countries worldwide, among them facilities in Europe, the Middle East, Asia and South America.

- The Aircraft and Special Programs Divisions carry out conversions, modifications, upgrades and comprehensive-maintenance packages on a wide array of commercial
and military aircraft.

- The Engines & Powerplants Division is a full-service facility for maintenance, repair overhaul, conversion and testing of commercial and military engines and accessories.

- The Components & Systems Division engages in the maintenance, overhaul, modification, refurbishment, repair and testing of
commercial and military aircraft systems, sub-systems, and components.

Within the Safex global network is a world-leading conversion capability for military conversions including aerial tankers and special mission configurations:

• Development of PODS, HDU's, Booms, Advanced Operator Stations and Optronic Looking Systems
• Integration on B707, C-130, IL-78 aircraft and B767
• Tens of conversions to Air-Air Refueling configurations for more than 14 customers worldwide
• Conversion of hundreds of combat aircraft and helicopters as receivers.

Engines & Powerplants
Complete engine repair from the initial inspection, disassembly through comprehensive repair and overhaul, and if necessary modification, upgrade, conversion and parts refurbishment of civilian and military aircraft engines, including:

Among a variety of military aircraft, Safex is a specialist in the maintenance, repair, overhaul, upgrade, and modification of Lockheed Martin C130 aircraft.

To date, our the Safex Aircraft MRO-UP group has carried out nearly 300 C130 PDM’s (Programmed Depot Maintenance), and has upgraded, missionized, and retrofitted tens of C130 aircraft as air-refueling tankers and other special mission platforms. Additionally, as a one-stop shop, we are fully prepared, equipped and certified to carry out the maintenance of the T56 engines, and on board systems, accessories and components (i.e. APU’s and others) in conjunction with a PDM or in a separate maintenance schedules for these aircraft systems.

The integrated, open architecture approach used for the C-130 avionics system is based on a single operational software program. This software is the only one requiring update for integration of new systems. This approach provides much flexibility to use Commercial Off-The-Shelf (COTS) elements enabling the tailoring of the avionics package to meet the customer's exact requirements.

The display system consists of 4-6 Multi-Functional Color Displays (MFD), which integrate and present all required data for all mission phases. Each display can show data from any combination of sensors. Any crewmember can create his/her display per his/her working preference to achieve an optimum task distribution, load sharing and cockpit resource management within the cockpit and other crew-stations.

The upgraded Safex MRO-UP C-130 enhances flight safety by using an advanced display system and integrating the data presented to the crew thereby allowing them to concentrate on the operational and flight-safety tasks and reduce the crew’s workload.


Helicopter Avionics and Structural Upgrades
Within the Safex MRO-UP company network is a world leader in the development and implementation of cost effective military and civilian rotary-wing upgrade and modernization programs. Safex MRO-UP companies have overhauled and upgraded thousands of helicopters for air forces and customers from around the world (in the United States, Middle East, Europe, South America, Asia, and Africa).

Upgrade packages incorporate advanced avionics, sensors, weapons and self-defense systems, all of which are tailored to the exact requirements of each specific Customer. By drawing on the experience of our team of experienced air force pilots, who have flown missions in a variety of environments, Safex's helicopter upgrades are optimized to meet the real demands of current operations.

Safex offers a cost-effective tailored naval helicopter (Skimmer) upgrade package. Skimmer is built around powerful SAFEX sensors and systems which are integrated together optimally to meet the challenges of naval helicopter missions. 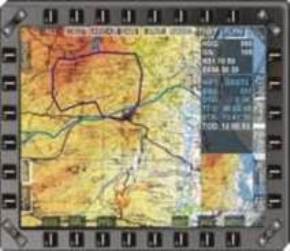 One of Safex MRO-UP sister company has designed and produces an advanced and operationally proven Digital Moving Map (DMM) system.

The DMM has been incorporated on military fixed-wing and rotary-wing aircraft from around the world. The operation and performance of the DMM is based on the operational experience of aircraft and helicopter pilots.

The DMM system is easy to integrate on most platforms and displays the map images on an MFD that is completely synchronized with the movement of the aircraft/helicopter.

Control of the DMM is via a user-friendly interface that enables in-flight navigational planning.

Tactical Mid-Air Collision Avoidance (TMACA)
The Tactical Mid-Air Collision Avoidance (TMACA) system is another Safex MRO-UP sister company proven solution to prevent collisions during helicopter tactical mission and formation flights. Helicopters equipped with TMACA are networked with each other in a "system envelope" arrangement. The system can be used for both military and civilian helicopters.

The system envelope monitors all helicopters on the network for unexpected traffic with a 15-second or less impact flight path, a 40-meter or less space between helicopters or a hover-landing collision situation. The network calculates collision conditions using a Dynamic High Trajectory Evaluation algorithm and automatically alerts the pilot with recommended avoidance measures if a potential collision is predicted. The system's components include a Global Positioning System, data link and radio altimeters to send data to a monitoring network that tracks the movement and location of all helicopters. It records flight data building a picture of "near misses" and gives investigators a means to prevent recurrences according to lessons learnt. 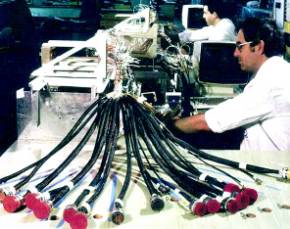 In order to enhance the responsiveness of Safex MRO-UP to customer requirements, Safex has integrated into the company electrical wire harnesses services and products, from "build-to-print" to "turn key" programs. For all these programs, Safex takes full responsibility for design, development, manufacturing, integration, installation, and testing.


A prominent member of the Safex MRO-UP network has successfully undertaken major upgrades and modernization programs for several air forces. These programs can be divided into two key configurations, to meet the fighter aircraft and trainer aircraft requirements.

• Trainer aircraft configurations — include integration of a glass cockpit, but rather than integrating costly sensors,
Safex uses virtual systems that provide the same operational behavior to accurately simulate these systems.